An Interview with Ivan Fischer

Where were you born/where did you grow up and where are you living today?
Our bedroom’s window opened to Andrássy út across the Budapest Opera House. I spent my childhood watching this building where Gustav Mahler was opera director for a few years. When I was 8, I got my first subscription as a birthday present. I had a diary then, noting which singer I liked or disliked and why. Now I live in Berlin and Budapest.

When did you begin to understand you had a gift for music?
Coming from a musical and theatrical family this question was never asked. My father was a composer/conductor/ translater of operas into Hungarian and my mother should have become a singer. We discussed music, culture and literaure around the dinner table. I learned to read music before reading letters.

You have music in your bones. Is this natural or has it taken some training?
We were brought up by the Kodály method, an excellent school. Studying piano, violin and finally cello also helped. Training is very important at an erly age.
You play several instruments. Which of these would you say was your forte?
When I graduated with cello in Vienna, I realised that I am not really an instrumentalist. Repeating the same works and practicing for many hours didn’t appeal to me. I was interested in the meaning of music and art in general. And I was interested in working with people.

You are the founder and Music Director of the Budapest Festival Orchestra, can you tell us about the company?
It is an excellent and innovative orchestra. I achieve the best results with them, although I am fortunate: I can work with the best orchestras of the world. 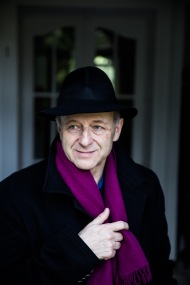 What are the secrets to being a good conductor?
You need to be a good, well trained musician, and a good, responsible human being. Conducting means absorbing the work completely and passing t it on to an orchestra and an audience. The absorbing process needs musical qulities and the sharing process needs human qualities.

In recent years you have been steadily gaining an international reputation as a composer. What has motivated you to begin creating new music?
I discovered this gift relatively late because I was so busy as a conductor. Composing needs time and a quiet place. Now I always compose in a small Hungarian village. It is the greatest pleasure at the moment.

You will be performing at this year’s Edinburgh International Festival, can you tell us about it?
Next to a concert I will present my Don Giovanni production that was first performed in Budapest and New York in 2011. Now I changed many details, extended the concept and I think this production can now be seen in a more mature version.

What does the rest of 2017 hold in store for Ivan Fischer?
Many tours and the finishing of my new children’s opera.

You can catch Ivan & Don Giovanni in Edinburgh this August