An Interview with Eamonn Dougan

This Friday, the Lammermuir Festival will be bringing Mozart’s La Finta Giardiniera to the Brunton in Musselburgh. The Mumble managed to catch a few words with its conductor…

Hello Eamonn, where were you from and where are you living today?
Both my parents are Irish, but I was born in the UK so have a foot in both camps. Home is now Haywards Heath in Sussex.

When did you begin to understand you had a gift for music?
I always loved music from an early age. One of my earliest memories is of sitting in on my sister’s piano lesson & enjoying listening to the sound of the piano.

Can you tell us about your work with The Sixteen?
I’ve been working with the group for about 14 years now initially as a singer and now also as associate conductor. The main focus of my conducting with the group has been a series of five recordings of Polish baroque music, but I also conduct a number of concerts on the choral pilgrimage each year & work closely with Harry Christophers, with Genesis Sixteen, our training scheme for young singers.

How did you get into conducting?
I started as school, but it really took off at university where I set up all manner of different groups, including a barber shop quartet, an acapella choir & a baroque instrumental ensemble.

What does Eamonn Dougan like to do when he’s not being musical?
Simply, be at home with my wife & two sons.

You are performing at this year’s Lammermuir Festival. Is this your first time & if not what is the history?
First time – looking forward to it enormously.

You will be conducting La Finta for Ryedale Festival Opera at the Brunton next week. Why this piece?
The choice was mad by Christopher Glynn, artistic director of Ryedale Festival. Its a great piece, especially to do with young singers… perhaps.

La Finta is one of Mozart’s earliest operas. What are the differences between this & his later masterpieces?
Mozart is still cutting his teeth in Finta G & you feel it principally in the dramatic pacing. The arias are often too long & he’s sometimes too interested in showing how clever he is. In the ensembles you only tend to hear one voice at a time (unless they are all singing the same text) – compare that to the ensembles in Figaro. 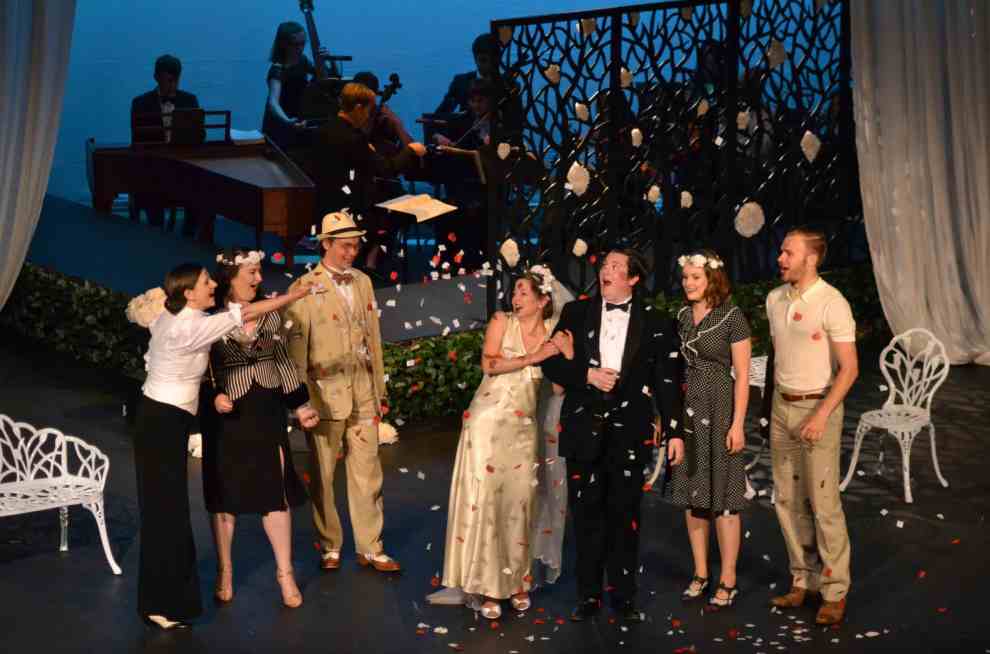 The libretto is a new English translation by John Warrack. How are you finding it?
Brilliant. I’m a big fan of doing opera in the vernacular & John has made it crystal clear & very amusing.

What does the rest of 2017 hold in store for Eamonn Dougan?
It’s a busy time – a tour of Japan with The Sixteen, Mozart’s Requiem in an arrangement for ‘Harmonie; wind band, directing my first Monteverdi Vespers & conducting The Sixteen in Belgium, including a world premiere of a new Magnificat by Thomas Hyde.